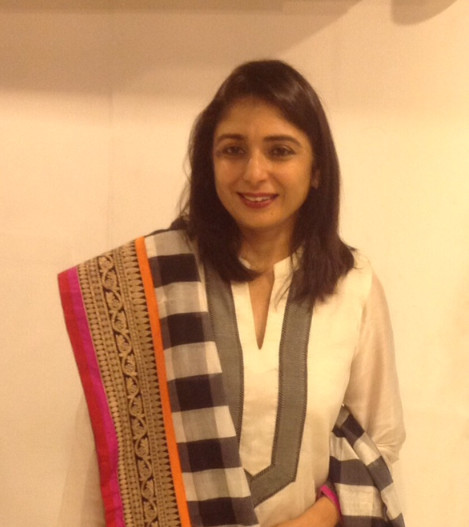 What started your interest in intercultural issues?

The experiences of my early childhood were those of being the cultural “other.” Upon the partition of India in 1947, my parents migrated from their province (which is now in Pakistan) to South India. Not sharing the same regional language or customs as my peers from South India or even having a “hometown” to which I could return during my vacation felt very alienating, and I quickly understood the power of shared language and culture.

As an adult, I decided to graduate in French and discovered how differences across language and culture need not necessarily alienate but can be a source of growth and deeper relationships.

How did you build this interest into a professional career?
I began as a professor of French as a foreign language, and intercultural studies were part of my curriculum in my European masters program. During my career as a trainer in professional French for senior Indian managers, I realized firsthand that language training did not address the challenges of culture. Initiatives launched with the best of intentions often turned into disasters because the “other’s” perceptions were so different. This was also the time when a dear friend and veteran Sietarian, Heather Robinson, happened to be stationed in India. The idea of SIETAR India was born, and I became part of the founding team. Since then we have organized five wonderful conferences, and I have attended SIETAR workshops and conferences in Europe to learn and interact with other interculturalists. A huge part of my experience has also been developed by responding to various clients and their needs. For example, I collaborated very closely with the founding HR team of Michelin India as they set up green field operations. It was a wonderful learning journey.

How do you see the profession of intercultural training evolving in your country in the next five-to-ten years?
India is on a growth trajectory; it also has a very young population. This means that there will be a lot of economic activity and that intercultural competence will continue to be of prime importance both in the education and the corporate sectors. However, the challenge that we face is to break the myths that prevent intercultural competence from being taken seriously, such as “This is all common sense” or “We Indians are very flexible since we are so diverse.”   SIETAR India conferences aim to play an important role here bringing in presenters and tools to systematically build intercultural competence. I also think that India has a huge cultural heritage – mythology, spirituality –which can serve as a basis for leadership trainings and tools that resonate with Indian audiences and also globally. For example, Devdutt Pattanaik, whose Ted talk has been so appreciated, has written “Business Sutra,” which is an Indian approach to management. So I believe that the intercultural field in India will need not just to use Western models but to also dip into the storehouse of Indian wisdom to enrich the intercultural space.

Do you have an anecdote or a funny story about intercultural training or even something you experienced yourself?
I would like to share an “a-ha” moment experienced by one of my French students. This project of mine involves French engineering students who come to India for six months. They stay with a host family, since one of the main objectives is to develop an in-depth understanding of cultural differences. I encourage them to note down their reactions to India, and we discuss them through the course of the months. One student, for example, had noted that he was shocked to see a dead body being paraded in the streets, with fireworks and people dancing. His initial perception was this that this was a barbaric and primitive custom and that Indians did not have an appropriate reaction to death. I encouraged him to be aware of his judgment and to have a dialogue with Indian counterparts as to why people reacted in this way. He then learned that death was seen as a release from an old and disintegrating body and the entry to a new life. It was a powerful learning moment for the French student.

Are there generational or gender issues that impact on your work in the intercultural field?
As I mentioned earlier, India has a very young population and therefore it will be very important to take into account the worldview of millennials and their learning styles. The intercultural field will need to adapt to their expectations.

Sunita Nichanei is a founding member of SIETAR India. Based in Chennai, she currently heads the Corporate Training Department of the Alliance Française of Madras after a long career in translation, training and curriculum design. Simultaneously, she works as an independent consultant globally with international clients, training companies and fellow interculturalists from multiple countries on global projects.