As more multinational companies (MNCs) expand their international operations, they are becoming more exposed to, and gaining experience in, the diversity of cultures, customs and practices in each country in which their subsidiaries are located.  It is also argued that multinational companies are one of the vehicles diffusing these practices, because one important activity of a global MNC is to transfer its practices around the world. However, these MNCs rapidly fall into the dilemma of having to decide whether to globally standardize their human resource management approach or to locally adapt their human resource policies. The issue of convergence versus divergence becomes a major concern for these companies. According to prior research, HRM (human relations management) practices in MNCs are shaped by the active interaction of opposing pressures for internal consistency and for isomorphism with the local institutional environment. Moreover, many HR practices are very sensitive to institutional and cultural differences. Among these practices, we mention the performance appraisal (PA). Performance appraisals are used as tools to ensure consistency in information between MNC headquarters and subsidiaries, to maintain control and to encourage the desirable behavior of employees working in subsidiaries dispersed around the world. However, the degree of standardization of performance appraisals is debatable. Some researchers consider it more beneficial to standardize, while others claim that the process should be adapted to the context and the strategy of the MNC.

Performance appraisal is a key element of performance management and can be defined as “the process of identifying, observing, measuring and developing human resources in organizations”. International performance appraisal refers to the HRM process that enables an MNC to evaluate and continuously improve the performance of employees, in order to reach clearly predefined goals that serve to improve the overall progress of the company. Use of standardized performance appraisal can lead to a reduction in inconsistencies in information between the parent company and the subsidiary in the foreign country. However, it is an extremely complex process, as there is no written-in-stone method of assessing the performance of employees in distant countries. Environmental factors and differences in subsidiary companies and their countries, such as the difference in societal, legal, economic, or physical demands, can affect the performance appraisal process greatly. There are many other variables to consider when evaluating in a different country, such as language barriers, differences in values, and differences in cultures that make the process even more difficult.

Hence, any person evaluating the performance of an employee in a subsidiary company should take into account the cross-cultural interpersonal qualities, the employee’s sensitivity to foreign norms, laws and customs, and the adaptability of employees to uncertain and unpredictable conditions that may arise. International performance appraisal is a topic that attracts the attention of practitioners and academics; however, most research has concentrated on expatriate performance appraisals. Standardization of performance appraisal practices in foreign subsidiaries versus the localization of those practices to fit the subsidiary country is an important debate that has been discussed in the literature. Despite the fact that MNCs strive for consistency in their HR practices across subsidiaries, those practices are shaped by local customs, and subsidiaries usually hire employees from the host country’s labor market, making it difficult for them to diverge from local norms. Moreover, when transferring “foreign best practices” to MNC subsidiaries, national values may present some initial barriers.

As a result, many advocates of localization consider that locally customized activities are more effective. Many consider that performance appraisal is the practice that is mostly affected by culture, and it has been classified as the most difficult to transfer across cultures. In other words, it is identified as the most “culture-bound” HR practice. Recent research on performance appraisals in China revealed that western appraisals couldn’t be applied in a standardized way and didn’t have a positive effect in the Chinese setting, due to the inability of employees to set their own objectives and development plans, the negative perception employees had about the fairness of the performance appraisal system and the inability of managers to take ownership of the performance reviews. Other studies used Hofstede’s cultural dimensions to explain that in high power distance countries, performance appraisal only concerns employees but not managers. In such countries, only managers are the source of evaluating employees. In low power distance countries, performance appraisal concerns employees from all ranks, and multiple source evaluation techniques are widely used. One example is the 360-degree system, which uses a variety of raters. This method requires low power distance and high levels of participation. This appraisal method is also not appreciated in highly collectivist countries because it is believed to harm group harmony. In individualistic cultures, performance criteria are usually objective and quantitative, focusing on the individual’s productivity. In collectivist cultures, loyalty takes precedence over productivity, so poor performers are protected if they maintain harmonious relations with the group.

Performance appraisal methods also vary across cultures. When it comes to collectivist cultures and high power distance cultures, the method used is usually informal and unsystematic and involves subjective factors. The 360-degree performance appraisal method, for example, cannot be applied equally in all cultures.  In the Chinese culture, it is considered inappropriate for people in inferior positions (subordinates in the workplace) to express opinions counter to those of people in superior positions. Such a method is therefore more suitable for cultures with low power distance and individualistic values rather than in collectivist and high power distance cultures. Moreover, different cultures may have different understandings of ratings. Arab culture, for example, is classified as high context and uses implicit messages. High context cultures and firms value flexibility, social harmony and cooperativeness.

The main challenge for HR managers is to make “explicit the implicit” through the use of formalized and “explicit” forms of performance appraisals. Several researchers have identified the difficulty of using explicit instruments in cultures that have long-held traditions of familial control, recognize the importance of face and practice diffuse values. On another note, the employee performance could be interpreted or valued in different ways due to differences in cultures, values and belief systems. For example, what is right/wrong or good/bad behavior could be interpreted differently by the individual collecting and evaluating the data, and this is due to cultural differences.

Even self-appraisal in collectivist countries is not appreciated because of the need for humility in self-presentation. In high power distance and collectivist cultures, feedback is usually initiated by the superior, who is considered trustworthy. It is indirect, non-confrontational, subtle and private. It is extremely rare to conduct face to face performance interviews in collectivist cultures. If the feedback is negative, it is usually not easy to give or receive. In cultures where the distinction between life and work space is blurred (i.e. diffuse cultures), negative feedback on one’s job performance is perceived as attacking the person’s personality. In such cultures, there is tendency to avoid giving negative feedback to save the employee from losing face. Even positive feedback is not well received in collectivist countries, since it may disturb group harmony and cause jealousy. The notion of giving feedback is not common and if given, it should be done in an indirect, private and non-confrontational way. For example, US-style performance appraisal processes are usually management by objectives (MBO). Employees work jointly with their boss to set objectives, assess their own performance, and comment on whether their boss has helped them achieve their targets or made things difficult for them. However, in Eastern countries, where open responses to seniors are discouraged, where admitting faults (by employees) or criticizing (the employees) amounts to a loss of face and where criticizing the boss in front of that person would be seen as some sort of organizational suicide, the implementation of these performance appraisals would be different in subsidiaries operating in such countries. On the other hand, the person who gives the feedback in collectivist cultures should be in a senior position as well as respected for his/her wisdom and expertise. The feedback should also target a group rather than an individual.

Another important cultural factor is the loyalty to the superior that takes precedence over effective performance as measured by Western criteria in MENA (Middle Eastern and North African) countries. In collectivist cultures, loyalty to the in-group is also more important than productivity. High-performing employees within a group might be disliked by the group and thus might be perceived as disturbing the group harmony and/or might invoke jealousy. In this regard, “soft” performance criteria were highlighted in the Chinese appraisal context, such as loyalty, honesty, and maintaining a good interpersonal relationship with others. 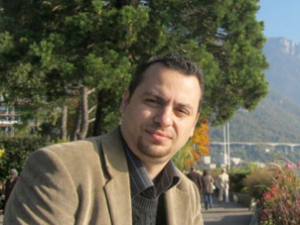