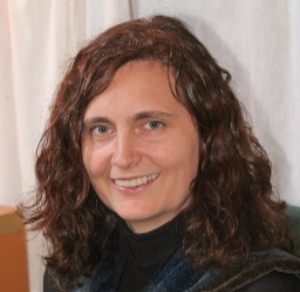 As SIETAR’s academic advisor, my column will review results of recent research relevant to readers. In this first column, my assistant and doctoral student, Gian Hernandez, and I review several recently published articles on diversity and workplace relations.

Scholars have shown that social relations and social support among employees enhance a sense of well-being, both in a general sense and work-specific sense such as job satisfaction. However, most of this research did not consider intercultural relations in the workplace. A study titled “Immigrants and host nationals at work: Associations of co-worker relations with employee well-being” does just that, by examining how supportive intercultural interactions among immigrants and host nationals influence employee satisfaction and well-being in the workplace.

The researchers surveyed employees of a Finnish transport company where about 30% of employees are first generation immigrants. They found that both support coming from members of the same culture and members of different cultures in the workplace had a positive effect on co-worker relations.

Additionally, they found that host nationals’ support of their immigrant co-workers more strongly influenced job satisfaction than support from their immigrant peers. The authors argue that supportive relations among employees provide immigrant employees with opportunities to learn cultural and workplace rules and norms. This article advocates for diversity and acceptance in the workplace by showing that mutual support between host nationals and co-workers of immigrant origin leads to an overall positive atmosphere.

How organizations approach and support diversity also matters. A study titled “Managing a culturally diverse workforce: Diversity perspectives in organizations” examined perspectives on and approaches towards diversity in Austrian organizations which, as the authors argue, are often not yet aware of the importance of diversity. The authors first interviewed decision-makers, experts, and managers. They found that most saw diversity as a strategy of gaining access to diverse customers and international markets.

Next, the authors developed the Diversity Perspective Questionnaire (DPQ) to survey 150 employees of 113 multinational organizations. They found that the most common strategy was striving for homogeneity and rejection of diversity. Thus, interestingly, when asked in person, managers described diversity as an economic advantage, but in response to a written survey, managers described their company’s approach as “reinforcing homogeneity” which may reflect desires to reflect the EU’s emphasis on valuing diversity.

The study also concluded that diversity perspectives were related to specific beliefs about perceived costs and benefits of a multicultural working environment. The authors note that in Austria diversity is still mainly understood as age and gender diversity, but that managers are beginning to recognize migrants as a competitive talent pool.

The authors of another study were interested in whether broad patterns which differentiate cultures, such as individualism and collectivism, shaped how employees perceived their behavior in conflict situations. The study titled “Individualism-collectivism and business context as predictors of behaviors in cross-national work settings: Incidences and outcomes” asked 1349 employees of organizations in several nations to describe a problem situation with another employee from a different country and answer survey questions about the context.

The authors were particularly focused on the extent to which participants in these interactions report changing behaviors, and how effective these changes are. The study found that employees from individualistic cultures emphasized performance goals and task focus, and those from collectivistic cultures were more focused on personal aspects of work relations.

One of the most interesting findings was that the authors predicted that collectivists would report changing their behavior when interacting with individualists, which was not the case. The study shows limits of predicting behavior based on board cultural patterns.

A study titled “Enacting Cultural Identities in Conversation: Managing Collaboration in Two Nonprofit organizations” examined how people use specific ethnic and cultural categories while identifying themselves during organizational meetings. They refer to this process as “going categorial” which can be a resource for singling shared knowledge, experience and/or group membership in public meetings. The researchers found that self-categorization, i.e., “going categorical,” played an important role in the collaboration among organizational members. Most importantly, this study tells us that it is important to be aware of different cultural identities while managing meetings.

Gian-Louis Hernandez is a doctoral student and research assistant at the Institute for Public Communication (ICP) at Università della Svizzera italiana (USI). He is also the executive assistant for the European Masters in Intercultural Communication. His research interests include cultural issues, race and ethnicity in the context of intercultural exchange, and international education. He holds a Master’s degree in Global Studies from Universität Humboldt zu Berlin, in collaboration with the Facultad Latinoamericana de Ciencias Sociales (FLACSO) Argentina, as well as Bachelor of Arts in Communication Studies and a Bachelor of Music in Classical Music from San Francisco State University.

Jolanta A. Drzewiecka is Senior Assistant Professor and Intercultural Communication Chair at the Università della Svizzera italiana, Lugano, Switzerland. She was a Visiting Professor at the IPMZ, University of Zürich, in Fall 2015. Her research centers on construction of cultural, racial, and national differences in discourse. She is particularly interested in contexts of systemic collapse and transition, regional and global
integration, and rescaling of government. She focuses on two areas: negotiation of belonging and public memories.