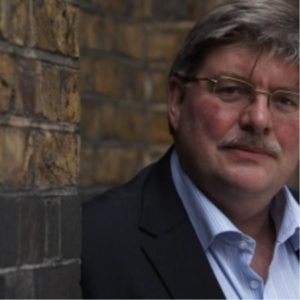 An issue that appears to be recurrent in the intercultural field has to do with the fact that efforts being made at the academic level are somehow not translating into visible outcomes in terms of intercultural competence. Do you see a disconnect between academia and how these skills are taught?

I think there is a disconnect. Certain academic institutions that I am aware of have tried on a number of occasions to put intercultural communication on the curriculum. But what you find across a range of universities and academic bodies is that there is a diversity of thought amongst themselves as to what intercultural competence is. I think that lack of agreed focus and fuzziness around what it is we are trying to transmit has held people back. Sometimes it becomes a lower priority because nobody is driving the agenda. Some universities do better than others but it’s not across the board. It would be great to have universities making Intercultural Competence courses integral part of the programs students pursue or having it as a program on its own at the Masters level. I don’t see that kind of strategic focus on intercultural competence, hardly at all. And that is where we need to help these institutions understand why it is crucially important. It’s not just about how many international students you have but it is how you equip them so that when they leave they are globally ready.

Linked to that is the suggestion from some interculturalists to reengage students who travel abroad upon their return to ensure that their unconscious biases about the different cultures they encounter are not reinforced. How important is this?

I think that is probably a level of sophistication that we need to aim for. But I would rather go for small steps. First of all, let’s focus very much on giving international students the best possible experience. Part of that is to get students in the host universities to understand and respect the views and values of these foreign students so they can build relationships.  The next step then will be to equip them. Let’s not try to run before we can walk.

Another issue of concern is the tendency of people trying to adopt cultures they encounter instead of adapting. How much of a threat is that to achieving the level of intercultural competence we are aspiring to?

Huge! Huge threat! The reason I think it is huge is that there is a natural human instinct to fit in. If you want to integrate yourself in an environment, whether it’s because you moved neighborhood, moved college or joined a new company, you want to fit in. And fitting in sometimes for people means being more like the neighborhood they moved to and not being very different. And yet being very different is a source of real potential positivity. But we are human beings. When you move into a new class or join a new company, you don’t think automatically that “I’m going to challenge everything around me. So I will play it safe, I will fit in and gradually impose my personality and my style”. Sometimes it’s too late. A year and a half down the line, you realize you had no impact at all.

I think the counter measure to that threat is for employers to say, “In order for us to be innovative and achieve our business goals, we are happy with disruption and we are happy with critical thinkers”. But they have to be bold to do that and quite forward thinking. I am sure entrepreneurial companies like Google require those kinds of people but the majority does not.

Recently, there has been a lot of interest in the relationship between the global millennial population and the corporate world. Both sides have varied expectations of each other, but does this crop of young people have special skills that could be helpful to their employers in terms of diversity, inclusion and the promotion of cross-cultural awareness in the workplace?

Many of the corporates that we work with are saying they want to incorporate the views of these millennials in terms of diversity, inclusion and innovation. Intellectually, they understand the need to have those conversations for millennials to be able to contribute. What they lack is the methods of doing that; how can they combine the best ideas and the best conversations? It may not happen organically in the work they do. They are concerned about the impact of, for instance, setting up separate forums; separate workshops for them, because paradoxically, they fear that if they separate them out as being different, the millennials will reject that and very often they do.

I had an experience in Amsterdam last year with one of our clients. This was a leadership development program for a crucial part of their future business and this was a pilot session. It was a two day workshop and there were some very senior people in the room and they had some millennials too; three individuals who work in Learning and Development, HR and operations.

The client said to my company beforehand, “Can you put into the content of the program, something about managing the millennials?” I felt slightly uncomfortable when they said that but I thought of a way to get around it. During the first afternoon, we had a session of the workshop which highlighted how to get the best out of the millennial population. I split the group into three and put one millennial in each group. I took these three individuals to one side and I told them to speak their minds freely about any concerns they may have with the organization.

I had budgeted 40 minutes for that but one and a half hours later, we were still debating and discussing. The millennials had so much to say. For them, the important thing is to be given credibility and responsibility. They want enough room to be their authentic selves and to be natural. They did not appreciate what they described as being wrapped in  cotton wool, neither did they like being treated as an alien group.  Essentially, they challenged the company to engage them more and to help them develop.

I always find it interesting because these people are working for their managers who may be 55 or 60 years. And most of these young people are below 30 years. If you ask individuals from these age groups what working in this organization means to them, you are going to get very different answers. Many of the companies see age group difference as a potential obstacle. Other companies see it as a massive opportunity and seek ways to better engage them. The majority are in the former category. But there are some companies, who realize that in the diversity debate, the generational thing is just as important as any other difference. These companies are putting in the work to show the millennials that their inputs are needed and appreciated.